These last couple of days have passed in a blur. Chris and I have done alot, but I’ve been bogged down by insecurities that come with being an outsider in a foreign country and worn out by non-stop jet lag. This trip has completely transformed my relationship with Tel Aviv, from feeling at home and comfortable to feeling like a stranger, but through these last couple of days I’ve come to terms with my outsider status.

Thursday morning I went on a run, and this is when the feeling of being an outsider and different really settled in for me. As I ran I felt like people were staring at me, like I was abnormal… When I lived in Tel Aviv during my year abroad, I was surrounded by other students and faculty who were from America as well. We were a community of outsiders who all felt comfortable with one another, thus not feeling like outsiders at all… 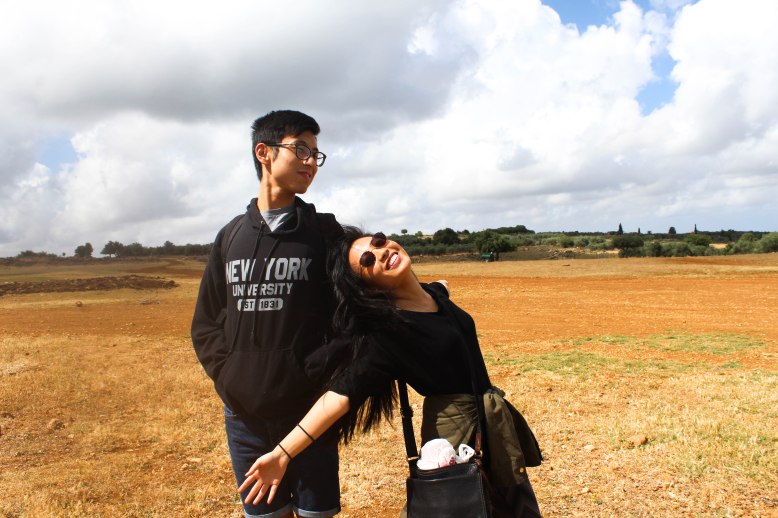 I got back to my airbnb with Chris, who was getting ready to meet with Osnat, a cross-cultural specialist he had become friends with through NYU TLV. He invited me to come along, and I graciously complied- I had originally planned to edit photos/video that day but after that morning run, I no longer felt comfortable being alone.

Osnat teaches Israeli business people how to deal with cultural differences between international clients. She lived in New York for a while and felt a chasm between herself and American culture that kept her as an outsider. It was interesting meeting with her and speaking with her about my outsiderhood. She identified my case as quite interesting as Israeli’s identify me as Indian based on my appearance, but when they hear my voice they realize I am American and are slightly confused. Our conversation made me realize that I was feeling uncomfortable because I had lost confidence in myself as I began to identify as an outsider. 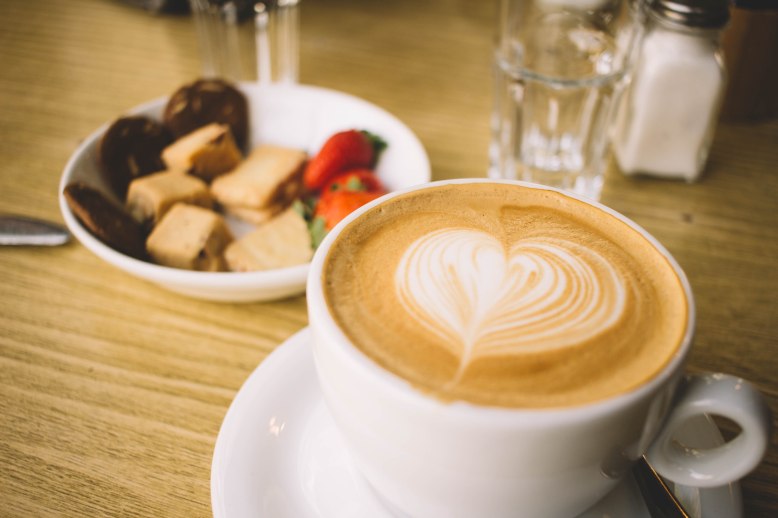 After our insightful and much needed conversation with Osnat, Chris and I decided to go to TAU (Tel Aviv University) to read (Chris) and edit pictures (me). We snuck into the library with Chris’ expired library passes and did some work when we realized we were both hungry and wanted to go somewhere fun, so we decided to end the night at Sarona Market. 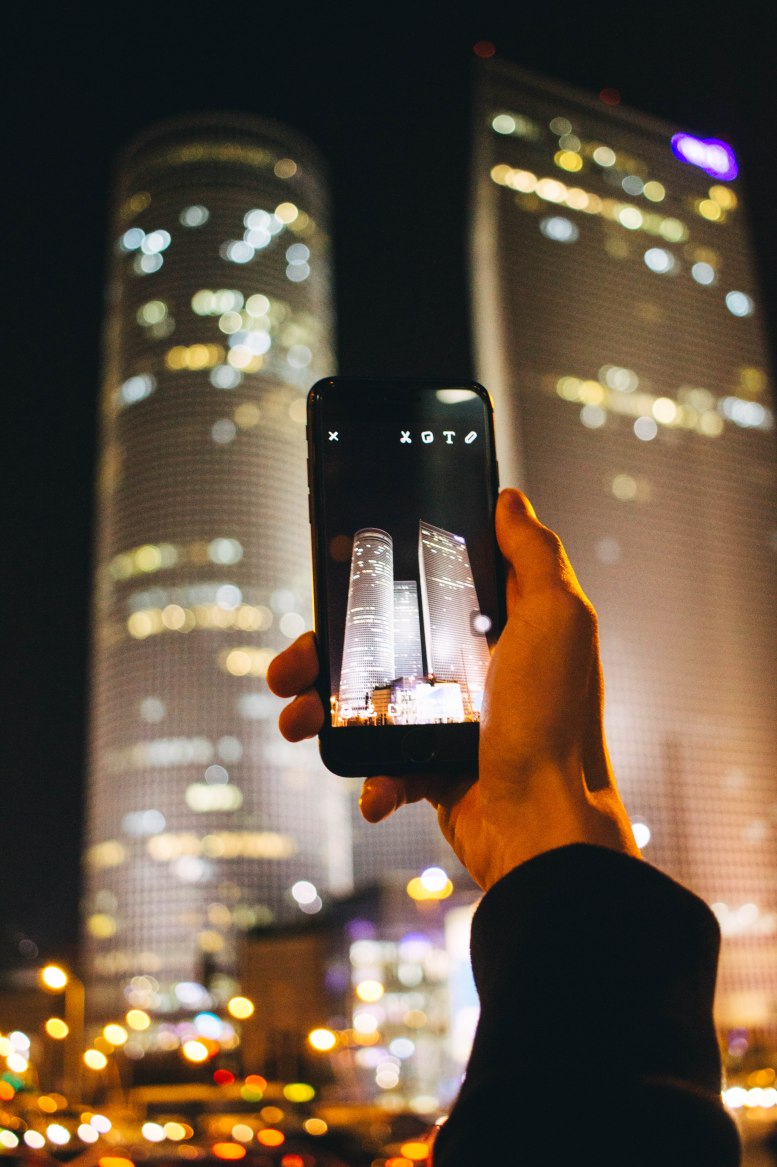 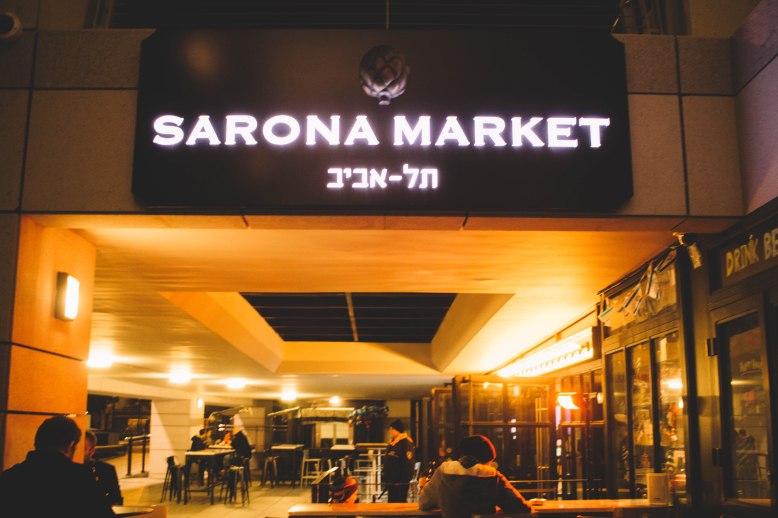 As Chris and I walked around the market, I was drawn to the one stall I hadn’t tried because it had been added after I left- the Indian curry stall. As soon as I began standing in the line I felt uncomfortable, like people were looking at me and thinking “of course the Indian girl would be getting curry.” So, I decided to get dumplings instead and Chris got spaghetti- both were delicious. 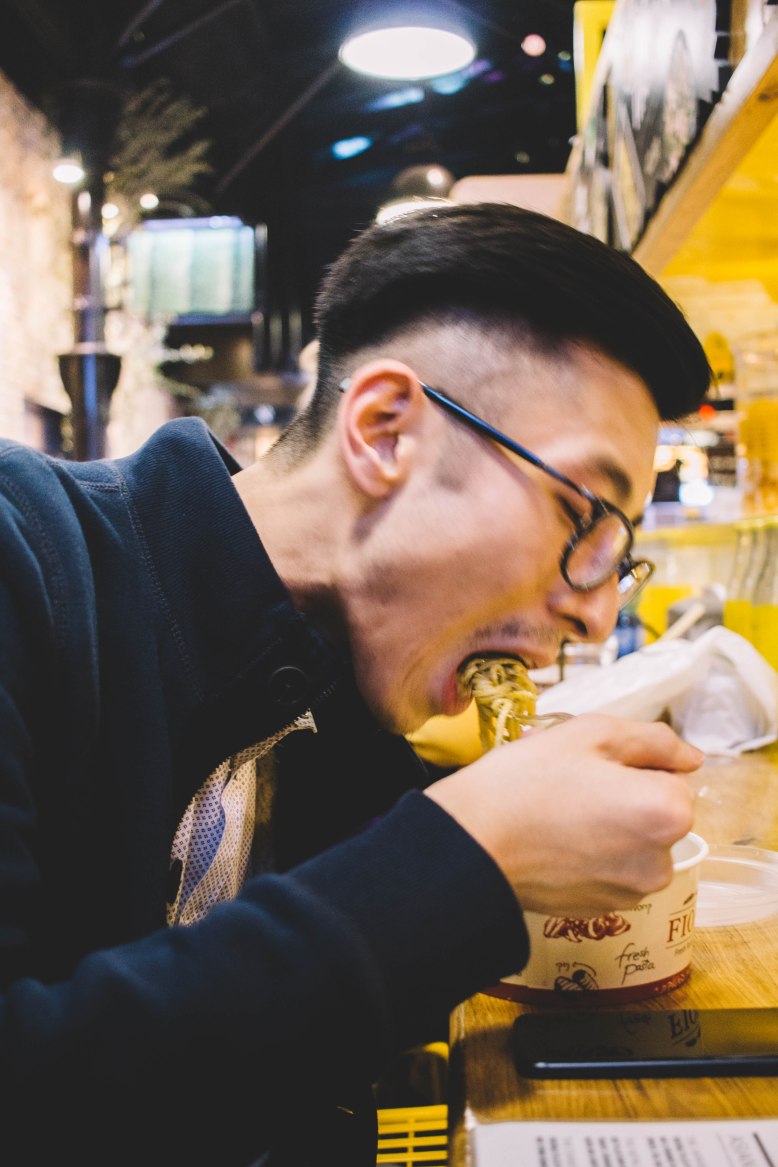 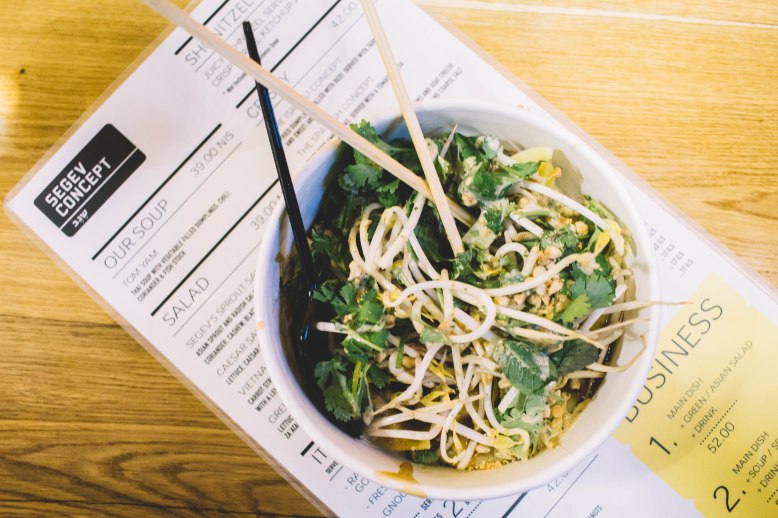 After Sarona, Chris and I tried to catch a bus home but it was taking forever to show up so we walked. Here’s a video of Chris singing down the street (lol) :

Friday was the first day for my documentary shooting! At long last, this is what I had come to Tel Aviv for. I woke up late, still exhausted from jet lag (WHY DID I STILL HAVE IT) and feeling weird about running after my last experience. So, I got ready and headed over to Nofar’s place. Nofar is a friend of a friend (shoutout to NYU TLV RA Benyamin Katzael). He currently goes to Shenkar College and works at Intel. He’s a Sephardic, Yemeni, Jew and he is super in touch with his Yemeni culture. He’s a super nice guy and was kind enough to let me film his everyday-Friday experience with him and his friends in the Ha Tikvah market.

We took the bus from Nofar’s place to the market which is in South Tel Aviv- markedly different from the North. Nofar’s friends were a bit late so we ran around getting groceries. We finally met with all of them and got food and drinks and had a grand old time! The locals and everyone were super friendly and Nofar and his friends immediately began to mingle and talk with everyone around, finding random connections like being classmates with one of the random men’s daughters.

After a fun day in the market, I decided to head back to the airbnb because I needed some rest before the crazy night ahead. Chris and I were going to go film the LGBTQ night life in Tel Aviv. We had reached out to a couple party producers and they were super helpful and let us come to their parties for free! Needless to say, it was a fun night! 😉 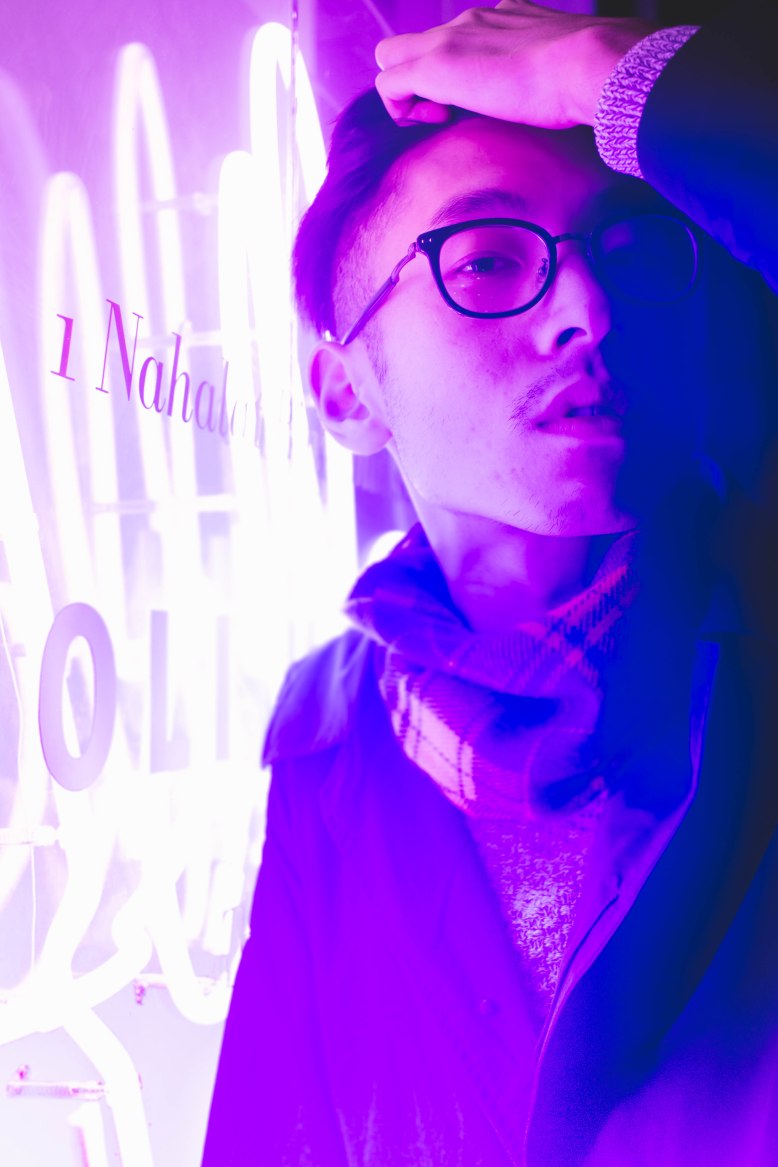 After being out till 4am the night before, Chris and I both slept in on Saturday- the perfect way to spend our first Shabbat in Israel. Shabbat in Israel sucks. The whole city shuts down and there are limited things to do. But, I needed to pick up my tripod from Nofar (I forgot to get it from him when we parted our ways the day before), so Chris and I decided to walk to Nofar’s place. Nofar lives right next to one of my favorite breakfast places- Benedict- so we got breakfast and CHILLED. In accordance with Shabbat, and in needing a day of rest from social media and my camera, I decided not to take pictures on Saturday.

Because Shabbat is on Saturday, Sunday’s are like Monday’s in Israel, so back to work we went! I needed to start editing my film, and I also wanted to get groceries and go shopping all before meeting with Benny- the Director of NYU TLV to discuss his thoughts on my thesis. I didn’t take much pictures today as well because I was still feeling weird about my outsiderhood.

Today I really came to terms with the fact that I am an outsider but that I need to remain confident. Tel Aviv is no longer my home because I am not living the same life with the same people I was a year ago. As Chris and I sat in Aroma (basically the Starbucks of Israel), and I began to edit my footage from the past week, I realized that I am in Tel Aviv with a purpose and that my outisderhood is what allows me to have my unique perspective that completes my purpose. 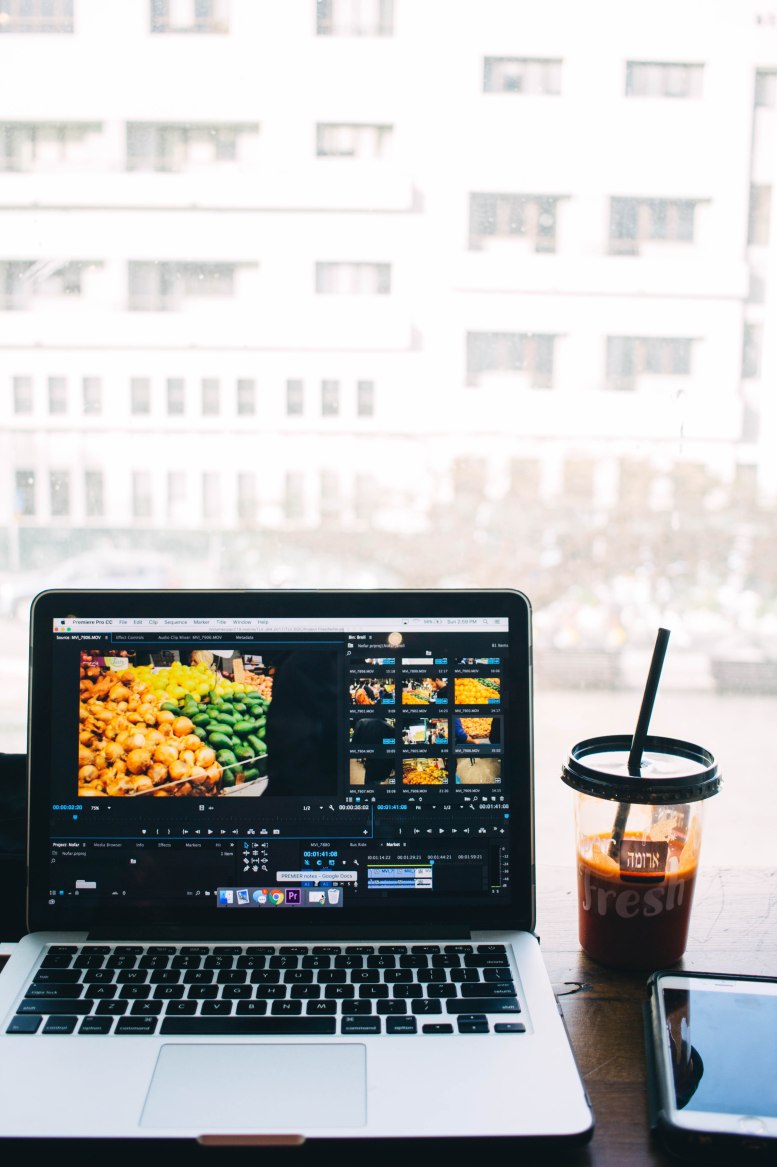 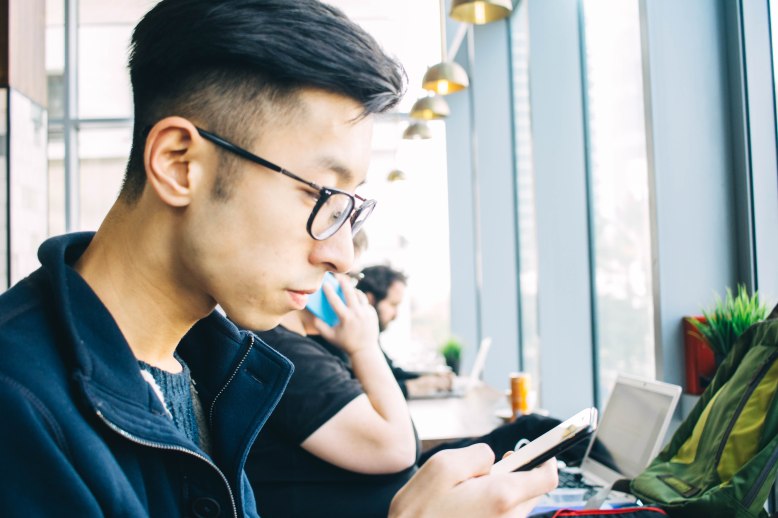 Yes, I am different- a stranger, a outsider, a foreigner. But, that is what allows me to have a unique outsider view of the city itself. Using this outsider view I hope to shape a narrative of the city that is unbiased by either side of a distinctly two sided conflict. I just need to stop caring so much about what other people think. 🙃